Balamara owns its Sawin Project through its 100% owned Polish subsidiary, Global Mineral Prospects.  Sawin represents Balamara’s flagship asset on account of its significant size and scale of approximately 1,200 mt of highest quality JORC Resource hard coal within the 145 sq. km. zone of the Sawin 1 deposit.  The Sawin Project lies at the heart of the Lublin coal basin, considered to be one of the most prospective coalfields in Europe, with one adjoining operating colliery – KWK Bogdanka, being the most profitable and efficient coalmine in Poland.  Exploration works conducted by Balamara have revealed highly favourable mining conditions at the Sawin Deposit, with great seam continuity and length and only a few minor faults, making Sawin a perfect project for efficient longwall mining. 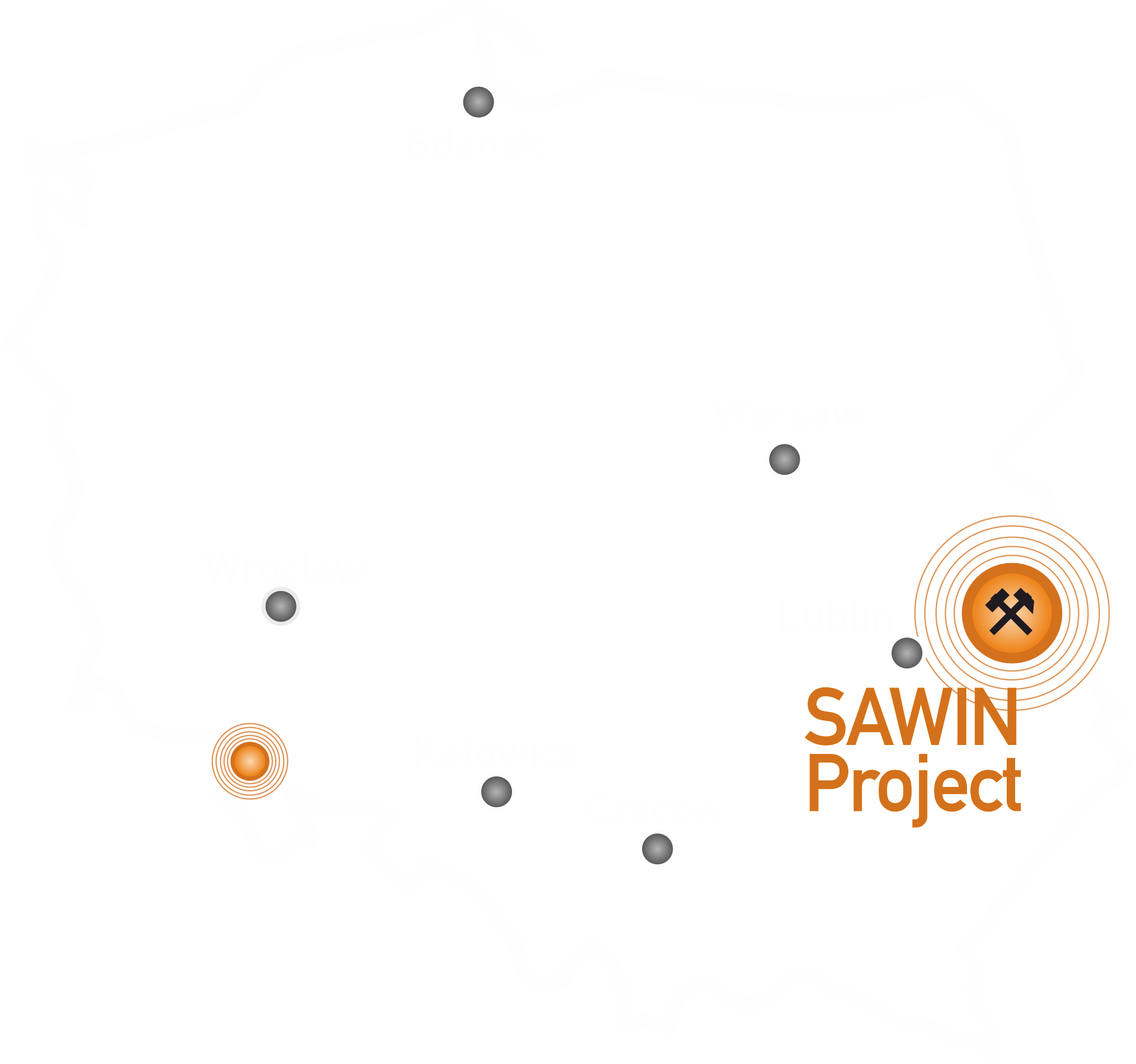 The Sawin 1 Deposit covers an area of 145 km2 in the Lublin Basin, near to the world-class underground coal mine operated by listed Polish mining company Lubelski Wegiel Bogdanka SA (“Bogdanka”). Balamara applied for the Sawin Concession in 2013, not long after the Company secured its first Polish coal asset, the Nowa Ruda Coking Coal Project. The Company has been awarded the exploration rights for Sawin, and has completed 9 holes with a combined length of over 7,500 mts.

The maiden coal resource has been compiled from a total of 34 historical drill holes. A minimum seam thickness limit of 0.6m and with a raw ash content of 30% has been used to define the coal resources. The coal quality is estimated on an air-dried basis. 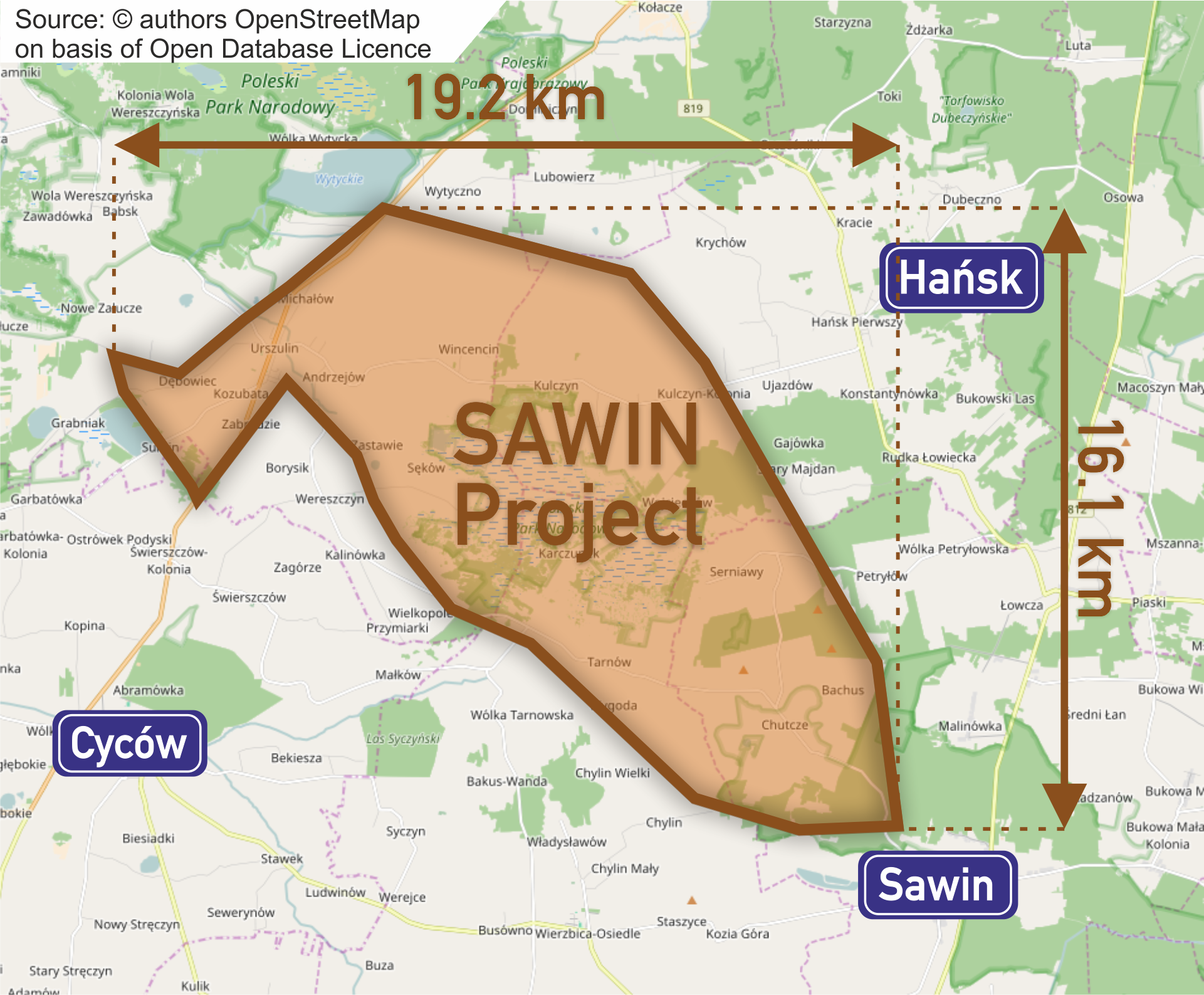 A qualitative review of modelled seam floor elevation and thickness contours, statistical analysis of thickness and coal quality attributes and general geological setting all show that the seams appear to display a relatively high degree of continuity.

In early 2020 Balamara decided to revaluate its Sawin coal project placing a major emphasis on its coking coal potential.  Based on our conducted drilling campaign and high quality laboratory results provided by GIG (Central Mining Institute of Poland), analysis of coking parameters were carried out and estimated.  Roga Number, Swelling Index and a number of other geological prerequisites clearly indicated the existence of a splendid quality coking coal zone within the central part of the SAWIN II concession area, concentrated in fours seams.

Coal resources have been estimated and classified in accordance with the guidelines contained within the Australian Guidelines for the Estimation and Classification of Coal Resources (2014 Edition) and are reported in accordance with the JORC Code (2012). The historical drilling was conducted under the direction of the Polish Geological Institute and the majority of the drilling was completed by rotary core. Every drill core was geologically logged prior to sampling. All information with respect to the strata lithology, core recovery, seam correlation, coal quality and geophysics has been recorded using a standard visual log format. Cores were split and samples submitted to a certified coal laboratory within Poland. As part of this system, all final drill-hole logs are signed off by a Competent Person authorised by the Polish Geological Institute. This system of certification as well as the quality of historical drill logs has been controlled and inspected by independent international geology consultants appointed by HDR Salva – Balamara’s contractor – during a site visit conducted in November 2014 at the offices of the Polish Geological Institute in Warsaw. Historical drill logs were considered as appropriate and coherent with all JORC Standards of Resource Reporting, while the system of certification was observed to have been in place for all historical holes drilled.

Taking advantage of the high level of continuity and the favourable tectonic conditions, with only minor faults throughout the deposit, the Sawin Project has been designed for the use of the longwall mining method.  With high grade continuity, it will be possible to evenly develop an approximately 5 kms. length of longwall panels, applying either shearer or plough systems – depending on the seam thickness and anticipated mining height.  In-seam preparation works are designed to be done on a rectangular cross-section of the roadway, utilizing highly efficient continuous miners with application of roof and sidewall bolting.  Application of this technology will minimize the amount of rock within the ROM.